Spotlight: why we need more marketers in Web3

Pet, who runs Sporting Crypto newsletter and consults as head of web3 for Copa90, talks about what most people get wrong when it comes to marketing in web3. 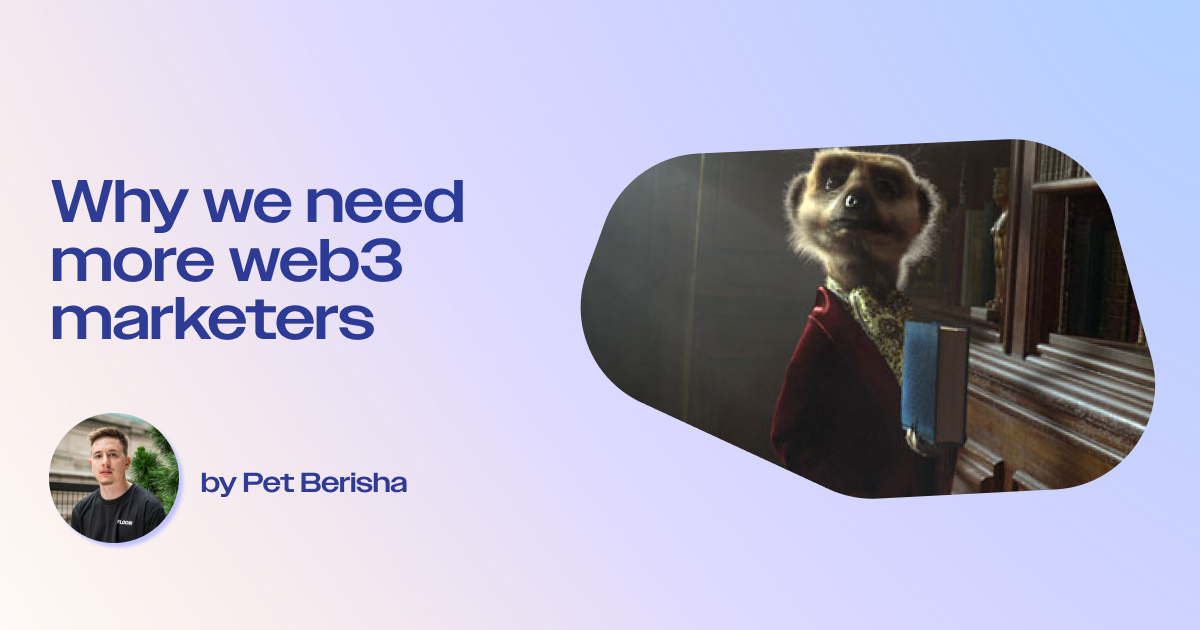 About the Thirdwork Writers Spotlight

Our 'Thirdwork Writers Spotlight' is a guest post series that allows us to feature content by talented writers, builders and contributors from across web3. If you're interested in contributing, email us at founder@thirdwork.xyz or shoot us a DM.

Most people think that there’s no need for marketers in Web3.

“There’s so much to be built and created. Who needs marketing?”

Many web3 projects think of marketing as shilling. And certainly, some crypto projects have given marketing a bad name by claiming to be something they’re not and using paid advertising on social, or paying influencers to thrust the latest NFT PFP project down your throat.

Coinbase is probably the best example of this.

But beyond Coinbase and a handful of others, most Web3 entities, communities and projects deem marketing to be secondary.

“Oh well – it’s too early anyways, they won’t understand how this works”

When looking back at some trends in the early days of the consumer web - over here in the UK, comparison sites were a big gold rush.

Everyone wanted to create a site that compared airlines, hotels, energy companies and such.

The winner that emerged as the top dog was Comparethemarket.com

They used a Russian Meerkat as their mascot and in advertisements.

That marketing gimmick set them apart from the rest of their competitors.

It was so successful that people often googled ‘ComparetheMeerkat’ instead of market.

But they do need to start marketing in a way that is novel and interesting in the same way that Comparethemarket’s meerkat campaign was unique and engaging at the time.

Web3 should be a marketer's dream.

The ability to create an on-chain network of people you can interact with is pretty awesome.

They are no longer numbers and names on a spreadsheet, these are wallets with digital assets that you can see.

The ability to permissionlessly engage with an already existing audience of NFT holders is also incredibly powerful. Tiffany & Co sold over $11m worth of customisable luxury pendants to CryptoPunk NFT holders, for example.

This (Web3), and specifically NFTs, is a new paradigm for short-form media.

But most brands and large corporations view this as a way to extract value, not something to allocate budget to.

When social media first became a thing for mass audiences, brands wanted to spend as much money to lower their cost per acquisition as possible, using it. For some reason, the lens through which Web3 has been viewed by many is that revenue is the number one barometer for success.

Not the engagement of customers. Not the increase of brand equity.

That’s not to say though, that nothing interesting is happening. It is happening, just at the bleeding edge.

The Worm is an NFT project that I love.

In one sentence; it’s incentivised on chain virality using NFTs.

Let’s break that down.

The worm is a mint-to-share NFT.

Its sole purpose is to be shared from wallet to wallet and ‘travel’ the Ethereum blockchain.

Every time a user shares The Worm, they are left with a worm hologram NFT proving that they once owned the original. If you’re owner number 16, your commemorative hologram is numbered accordingly.

Why would I want one of these NFTs?

The answer to that is not straightforward – and this experiment is still running as we speak.

But there are enough clues to indicate why this experiment is really interesting and could inspire many growth and marketing ideas in the future.

When the worm reached its 100th wallet on its journey through the Ethereum Blockchain – Bryan Brinkman, famed NFT artist, created a commemorative piece of worm artwork that was airdropped to all the wallets that had once owned the worm.

Now if we extrapolate this, you can imagine that after every landmark moment – there could feasibly be something that celebrates that achievement on-chain.

If we take the point of view of a brand here, for example, I think things could start to get interesting.

Many Web2 applications started using waitlists as a way to create a sense of scarcity, but also make users feel ‘cool’ or ‘connected’ when they shared access with their friends.

The on-chain version of that looks something like The Worm.

But the permissionless nature of NFTs makes this even more interesting.

If Puma wanted to launch a new digital sneaker to the mass market that also had a physical compatriot, imagine using this technique to grow an audience of 100,000 say, where the product is dropped at that landmark number.

Now imagine one step further – another brand, sports team or athlete decides to airdrop those 100,000 people a ticket, commemorative NFT, artwork and such – knowing that those 100,000 are interested in Puma, sneakers, fashion, and likely sports.

Imagine in the week of drop that restaurants were able to offer discounts to those NFT holders.

Some of these ideas are relatively straightforward and not particularly creative. A creative agency hired on a big cheque by a large brand could no doubt figure out some better strategies here. You can see, however, that with some effort and ingenuity, there is ample opportunity for brands, Web2 and Web3 to market and grow things in a novel way that is far more successful than using paid ads.

The things that you can do with this technology are boundless.

We need more marketers in Web3.

Not to shill the latest NFT project to as many eyeballs as possible, but to experiment with new ways of growing a brand that is native to the technology itself. 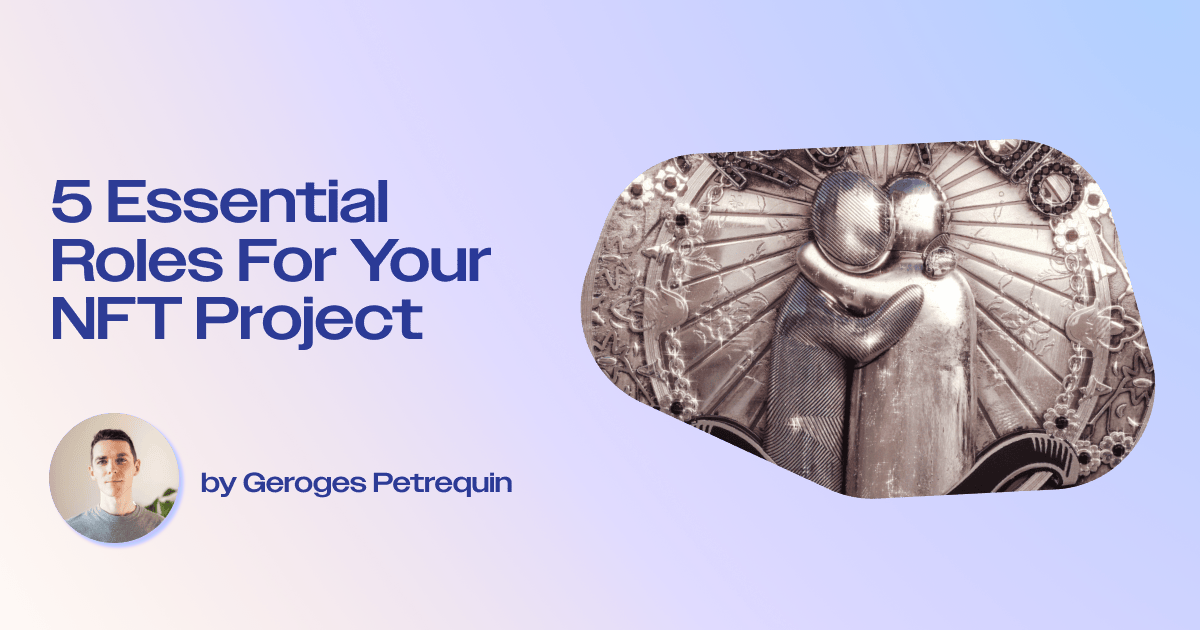 Discover the key people you need on your NFT project team to develop your concept, launch, and keep your community engaged 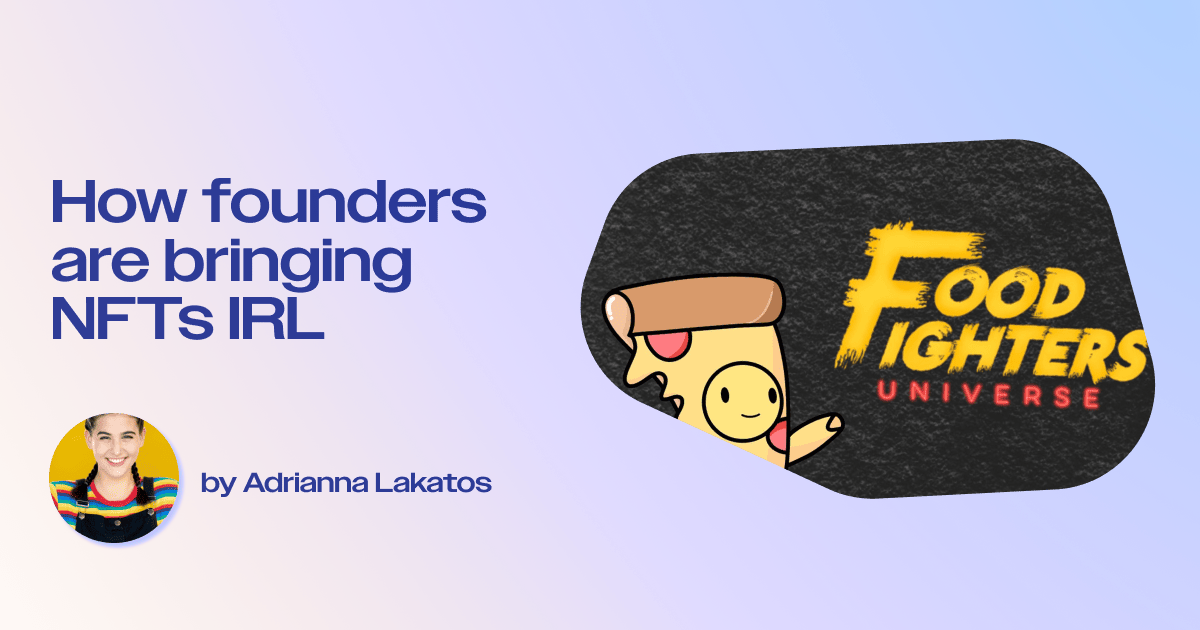 Adrianna writes about how founders are using NFTs to bring IRL experiences to communities. 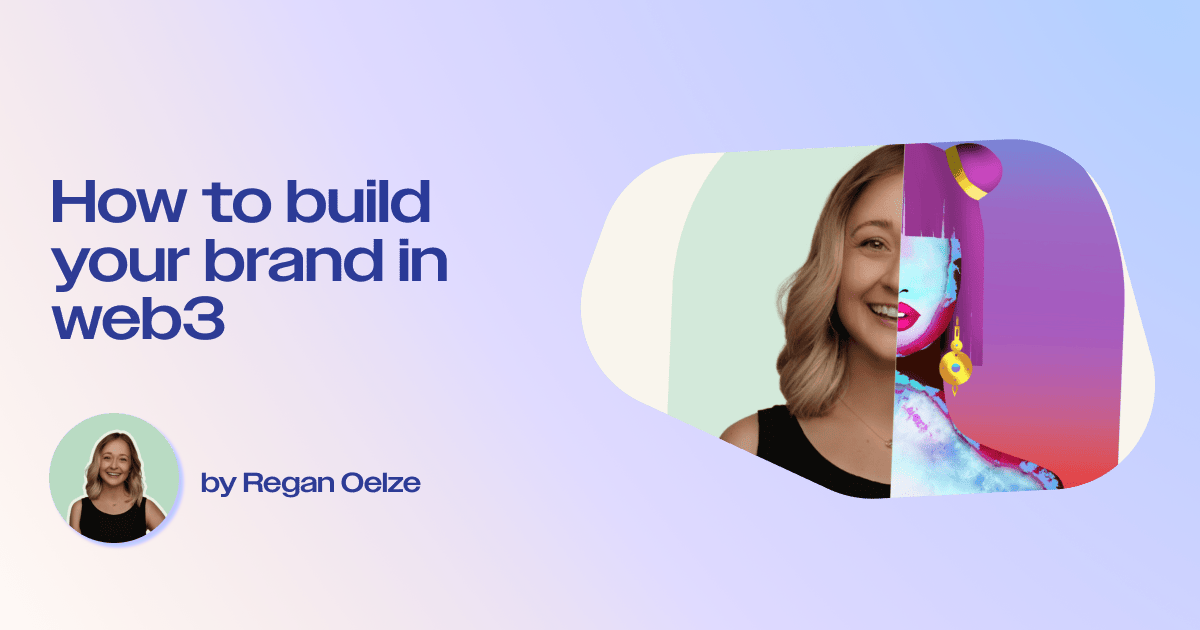 Spotlight: how to build your brand in web3 (as a web2 freelancer)

Regan shares her tips on making the transition from freelancing in web2 to working in web3, and building your brand to stand out from crowd.

The thirdwork platform has leading freelancers with deep expertise in web3. Tell us about your project and start interviewing candidates in as little as 48 hours.